Air Fryers Vs. Convection Ovens: Which One Is The Right Cooking Appliance For Your Kitchen?

Air fryers are becoming quite popular, as they can produce food with a crisp exterior without the hassle of deep frying or the added calories from oil. They're essentially small, single-purpose convection ovens. They circulate air rapidly inside the unit while cooking, which quickly cooks the surface of food and produces a crisp texture.

However, you can achieve similar results from a traditional convection oven by cooking food on a crisper rack, which has holes in the surface that allow air to circulate around foods. Since air fryers and convection ovens can both be used to air fry foods and their prices are similar, they're often seen as being in competing cooking appliances. If you're having trouble figuring out whether an air fryer or a conventional oven would be the best fit for your kitchen, read on to find out more about the differences.

The biggest advantage that an air fryer has over a convection oven is that an air fryer is capable of cooking food much more quickly—it's a cooking appliance that's specifically designed for a single task. The pod-like shape of an air fryer combined with its high-speed fan creates an intense air vortex inside the fryer, rapidly forcing hot air over your food. Air fryers are also a bit smaller than convection ovens, which means that the space will heat up more quickly.

Quicker cooking also means that air fryers typically produce crispier food than a convection oven does. The outside of the food cooks quickly, trapping juices inside. In addition to having your food ready sooner, you'll also often see better results from using an air fryer to cook your food.

The small space inside an air fryer allows it to heat up quickly, but it also limits the amount of food that you can cook at once. You aren't able to fit much food inside an air fryer, since air needs to be able to circulate around your food in order to cook it properly. You still need to space out your food in a convection oven, but even the smallest models tend to provide more room to cook food than an air fryer.

Finally, convection ovens can function like normal toaster ovens if you turn the fan off. This gives a convection oven added versatility compared to an air fryer. Some baked goods, like cakes and cookies, for example, shouldn't be cooked with convection heat—you'll likely burn the outside before the inside is done. An air fryer is more limited in what it's able to cook since you can't turn off the fan and use it like a toaster oven.

Overall, the choice between an air fryer and a convection oven comes down to whether you need the additional space and versatility. Air fryers are only capable of one task, which is cooking food at very high heat in order to produce a crispy exterior. However, they're quite good at it—you'll typically see better results from an air fryer than a convection oven when air frying foods. If you feel that the small size of an air fryer will be limiting while cooking for your family, then a convection oven may be a better choice. No matter which cooking appliance you choose, they're both more convenient to use and produce better results than attempting to air fry food in a conventional oven.

To learn more, contact a place that has cooking appliances for sale. 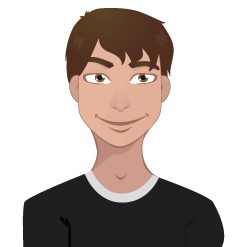 Few things are more overwhelming than trying to renovate your kitchen. In addition to choosing a new color for your cabinets and coordinating hardware, you might also be stressed about choosing the right kitchen appliances. However, if you know what to look for, shopping for appliances doesn't have to be overwhelming. A few years ago, I started looking around for an incredible brand of appliances, and I was able to track down some truly incredible items. This blog is all about finding the best appliances for your kitchen, so that you can enjoy your investment and love your brand new kitchen.